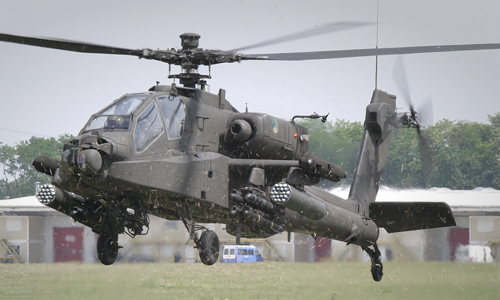 In June of 2005 the airport at Liège was transformed into a huge heliport for the 2005 Helidays.

This airshow, as the name depicts, hosts mainly helicopters demonstrations.

Two solo demonstrations stood out however, namely the Dutch AH-64A Apache and the UK Army CH-47 Chinook, which gave away a stunning presentation.

The 2005 Koninklijke Luchtmacht Open Dagen were held at the Gilze-Rijen airbase, home of the 301 Apache Sqn.

The biggest crowd attractors were the newly formed RNLAF AH-64 Apache solo display and a rare Saab Draken which was to be taken out of service later that year.

Other regular appearances at the Dutch airshow were made by UK's Red Arrows, Blue Eagles and CH-47 Chinook display, as well as the solo displays of both the Dutch and Belgian Air Forces F-16's. 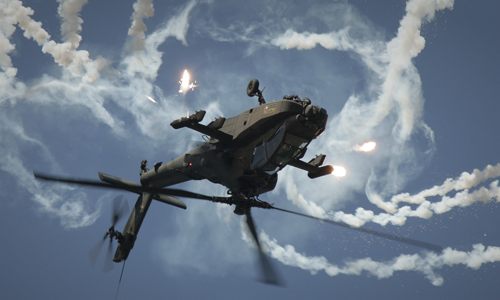 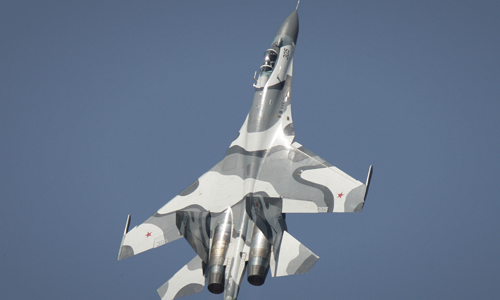 Le Bourget isn't really the greatest and most spotter-friendly environment, but every once in a while there are some great participants for the public to enjoy.

Biggest attraction in 2005 was without question the first public performance of the latest product of the Airbus family, namely the big A-380 airliner.

Further presentations were made by a Russian Sukhoi Su-27 SMK, a French Rafale, a US-Navy  F/A-18F Super Hornet and the USAF F-16.

This year featured the 60th aniversary celebration of the end of WWII, hosting a vast array of WWII airframes. Amongst eleven spitfires and no less than five Hurricanes there were the B-17 bombers "Sally B" and "Pink Lady", the Swiss B-25J belonging to the Alpine Fighter collection and a beautifully restored Lockheed Vega.

Another big moment was the first flying appearance made by Europe's only flying P-51C Mustang, following a seven year restoration.

Named "Princess Elizabeth", P-51C 43-25147 was painted in the colors of Lt William "Bill" Whisners aircraft, belonging to the 487th Fighter Squadron which was stationed at Bodney during the second World War. 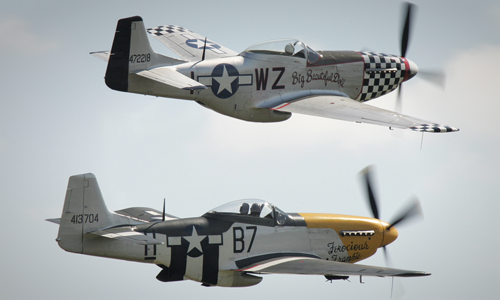 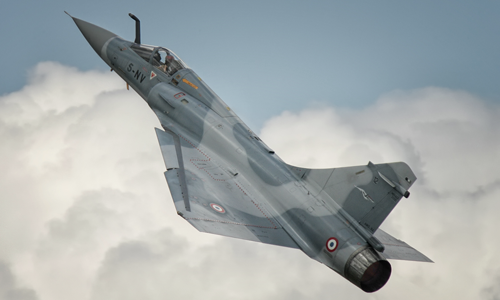 A bit less "exotic" and rare aircraft were present at this years Air Tattoo, but nevertheless it was again a great show.

The biggest local crowd pleaser was without doubt the RAF's Eurofighter Typhoon.

A brief visit was made to the Welsch countryside to catch some low-level flying between the mountains. 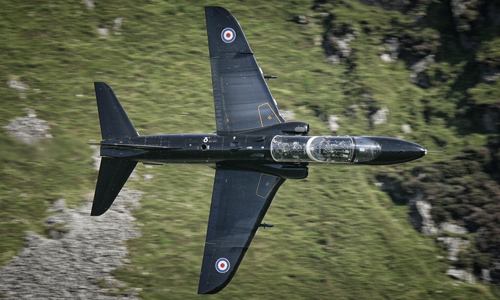 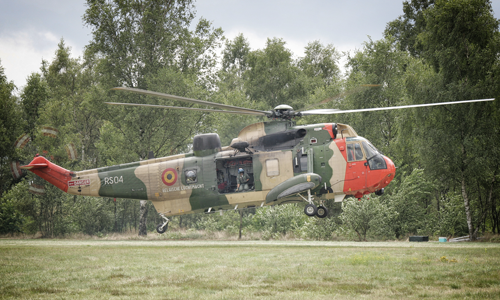 The small airfield of Hechtel once again hosted the 2005 Sanicole airshow.

Despite the occasional showers there were some great displays of the A-109 Agusta of the Belgian Army, the UK's Merlin, a SAR display of the Belgian Air Force Seaking, the Duxford based T-33 and the USAF B-1B Lancer.

The Koksijde airshow was moved back to September this year.

Amongst the large amount of "home" participants such as the BAF F-16, the Fouga Magister and of course the Mk.48 Seaking were a rare Belgian appearance of a Hungarian Mig-29B, the French Mirage 2000 and a French Alpha Jet solo display. 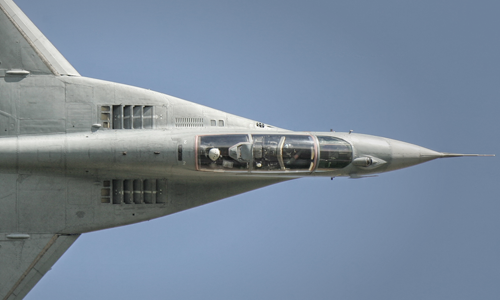 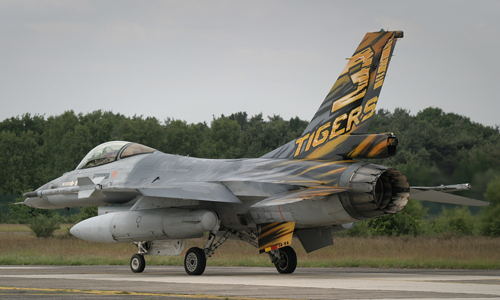 Kleine Brogel is home of the 31st Tiger Sqn.

During their 2005 photocall there were some interesting guests.

A couple of Aero L-39 Albatrosses, a couple of Czech Mig-21's and the last appearance of a French Mirage IV bomber.

The September airshow at Duxford celebrated the 65th anniversary of the Battle Of Britain.

Unfortunately the weather prevented the large amount of Spitfires and Hurricanes to take off and give the crowd a flying display.

Instead they did all start their engines and treated the crowd with a taxi-run. 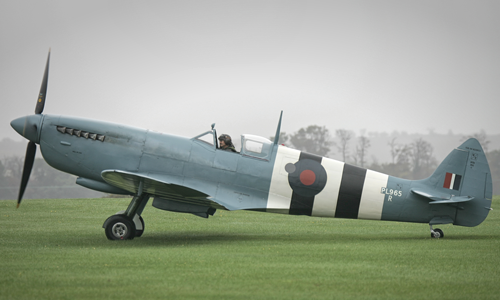