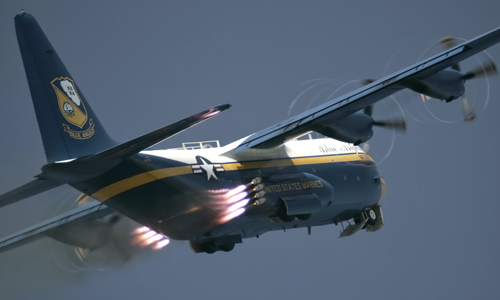 As part of one of three bases that host the annual Open Dagen from the Koninklijke Luchtmacht, this year was Leeuwarden's turn.

They provided an unbelievable show! Apart from demo teams such as the Red Arrows, Patrouille Suisse, Royal Jordanian Falcons and la Patrouille de France there were solo displays from a Czech Mil Mi-24 Hind, a Spanish EF-18A Hornet, a Hunter formation and a first for Europe: the display of the USAF F-15E Strike Eagle.

Biggest attraction however were the US Navy's Blue Angels who finally made an appearance in Europe after a long absence. Even Fat Albert chipped in with a JATO-takeoff during the Saturday display.

The 2006 Open Day's of the Belgian Air Force were back in their familiar spot in July.

A rare display of a Spanish Mirage F-1 and a Consolidated Catalina were made as well as displays by local Belgian aircraft such as the F-16's, Fouga Magisters and Seakings. 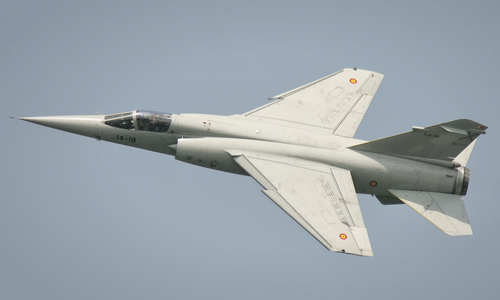 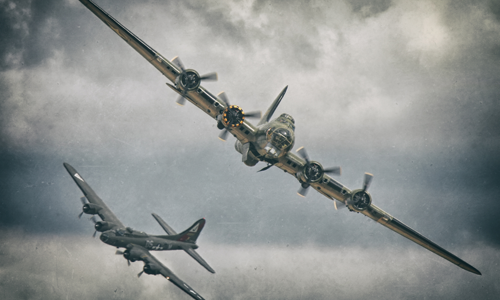 This year's Flying Legends show at Duxford provided one of the most magnificent P-51 Mustang displays ever made!

No less than five Mustangs flew together and bashed the airfield from every direction.

Furthermore there was a stunning solo display of the F7 Tigercat.

Sadly it would also be its last display at Duxford because the aircraft was sold to a new US owner.

Another great sight at Flying Legends this year was a Spanish build Hispano Buchón (Spanish version of the Bf-109 Messerschmitt).

After a somewhat dissapointing edition in 2005, the Royal International Air Tattoo was back at full strength in 2006, featuring some rare European and great displays by a Russian Mig-29 OVT, a tilt-rotor US Marine Corps Boeing MV-22B Osprey and a welcome return of the US Navy's F/A-18F Super Hornet.

Other crowd pleasers were a Swiss F/A-18C Hornet, the F-15C from the West Coast Demo Team, a French Mirage 2000, the Utterly Butterly barnstormers, the CH-47 Chinook, a Merlin and no less than two Eurofighter displays (one from the RAF and one from the Spanish Air Force) 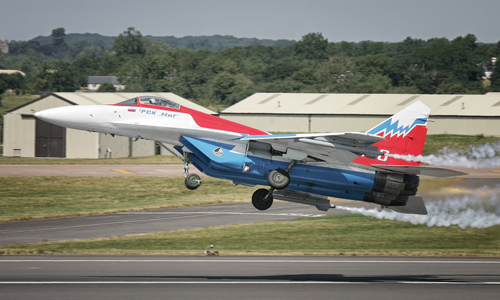 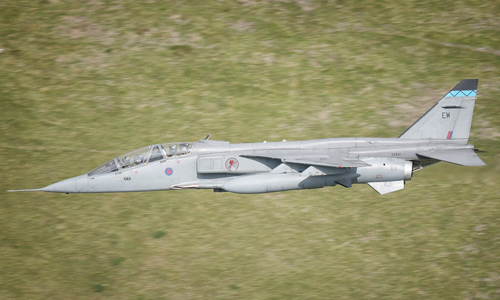 Another brief visit was made to the Welsch countryside to catch some low-level flying between the mountains.

An additional base visit to RAF Valley is also included.

The September airshow at Duxford commemorated the 70th anniversary of the Supermarine Spitfire.

As was the case in last year's edition, bad weather threatened to spoil the festivities as several historical aircraft remained on the ground due to the strong wind.

Fortunatelly the wind let down in the afternoon allowing the Spitfires to take to the air... 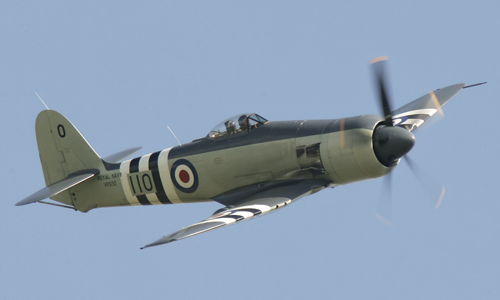