This airshow has many aliases: it is refered to as “Fête Aérienne de la Ferté-Alais”, “Les Temps des Hélices”, “Meeting de la Pentecôte” or in other cases just simply “La Ferté”. Fact is that it is one of the oldest warbird events in Europe (yes, even older than Flying Legends at Duxford). This year was already the 39th consecutive edition of this annual two-day event.

Ferté-Alais is a bit smaller than Duxford, but does offer some better photo opportunities. For one, you have the sun behind all day long and lest not forget the beautiful tree background when photographing aircraft taking off or landing. The only down-side is the speakers they put up on poles in front of the crowdline.

This event always takes you through the history of aviation, from where it all started a little over 100 years ago, to a modern day jet and helicopter display in the form of the Dassault Rafale and Eurocopter Tiger.

As usual, the home-team is well represented, with a lot of aircraft participation from the local flying museum “Amicale Jean-Baptiste Salis (AJBS)”, but each year they manage to attract the crowds with some rare, exciting or interesting additions. For the last couple of years, the French Navy was also well represented in the form of some Super Etendards, Rafales and a Hawkeye.

Since the AJBS took over the organization of the event a couple of years ago, some things have changed. For one, the flying display nowadays starts just after noon, where before it started as soon as 10 o' clock. Whilst waiting for the display to begin, there is a change however to wander around the static display area. 5 euros will get you the equivalent to Flying Legends' “flightline walk”.

Two large themes in the 2011 edition were the centenaire of the French Morane-Saulnier aircraft and the 70th anniversary of the attack on Pearl Harbor. 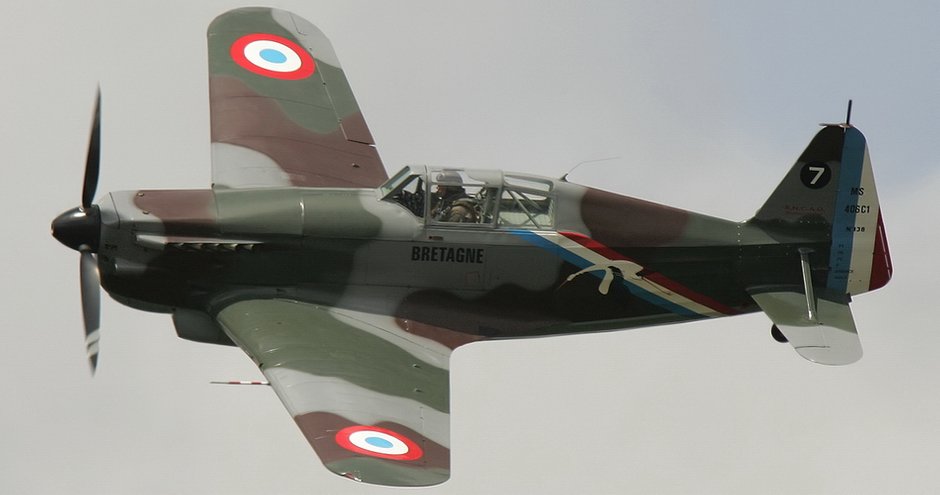 Morane-Saulnier is a French aircraft manufacturer that started in 1911 by Raymond Saulnier and the Morane brothers (Leon & Robert).
Their initial production aircraft was the Model A, using a wing-warping mechanism for control. The model won the Paris to Madrid race on May 26th of that year.

The first real success was their Model G, a boxy looking wire braced shoulder wing monoplane manufactured in fabric-covered wood. It was a sport aircraft produced in the years before WWI. Roland Garros took second place in a floatplane version of the aircraft in the Schneider Cup in April of 1913.

Next up was the H model, which was a derative of the G model, but with a slightly reduced wingspan. It also gained the interest of the French Army, who ordered 26 aircraft of this particular type. It saw limited service during WWI, with pilots engaging in aerial combat using revolvers and carabines!

The next evolution in French aircraft design was a parasol wing design (wing on top of the aircraft), known as the Morane-Saulnier L. It was one of the first successful fighter aircraft of WWI when it was fitted with a single machine gun that fired through the arc of the propeller by Roland Garros. The L model used wing-warping ( a system of pulleys and cables to twist the trailing edges of the wings in opposite directions, used and patented by the Wright Brothers) for lateral control, but the later LA model was fitted with ailerons.

After several other models, the AI was another step in the evolution of Morane-Saulnier aircraft. Its engine was now mounted in a circular open-front cowling and the parasol wing was swept back. First flight was in August 1917, but by mid-1918 it was replaced by the Spad XIII.

After WWI, the company produced a number of designs for training and general aviation purposes. The MS.230 was the elementary trainer of the French Armée de L'Air throughout the 1930s. This was followed by the MS.315, but as war started to loom again, the MS-company turned to another fighter design.

The MS.406 was built in 1938 and was France's most important fighter during the opening stages of WWII, although it proved to be no match for the German Bf-109s it faced in 1940.

During the War, Morane-Saulnier was operated under German control and built a number of German types, including the Fieseler Storch, known as the MS.500 Criquet.

The company was acquired by Potez in 1962 and became Société d'Explotation des Etablissements Morane-Saulnier (SEEMS). In 1966 SOCATA took over and eventually everything was acquired by Aérospatiale.

Another remembrance in this years' edition was the 70 th anniversary of the attack on Pearl Harbor (December 7th , 1941).

This was a surpise military attack by the Japanes Air Force, operating from their aircraft carriers against the US naval base Pearl Harbor on the island of Hawaii. It was intented by the Japanese as a preventive action in order to keep the US Pacific Fleet from interfering with military actions of the Empire of Japan against the overseas territories of the UK and the Dutch Indies.

The actual attack involved 353 Japanese fighters, bombers and torpedo aircraft, who launched from 6 aircraft carriers (Akagi, Kaga, Soryu, Hiryu, Shokaku and Zuikaku) in two waves. Damage report after the attack was 4 battleships sunk (Arizona, Oklahoma, West Virginia and California), 3 damaged and 1 grounded, 2 destroyers sunk and one damaged, 3 cruisers damaged, 188 aircraft destroyed (155 of them on the ground) and 159 damaged. 2402 people were killed.

The attack was not a complete success for the Japanese however because of 2 reasons: the US aircraft carriers were not in the port and the attack drew the US into WWII in both theaters. The Japanese also neglected to send a third wave of attack, leaving Pearl Harbor's fuel and torpedo storage, maintenance and dry dock facilities pretty much intact. If these would have been destroyed, Admiral Chester Nimitz, later Commander in Chief of the Pacific Fleet, stated that the war would have been prolonged by another two years.

During the 2011 Ferté-Alais airshow, the event was remembered by the display of a PT-13 Stearman, an NAF N3N, four T-6 Texans along with a NA-68 and a AT6M Zero posing as the attacking Japanese fighters and a Curtiss P-40B and P-40N. Extra drama was added by the use of pyrotechnics during the display.

As for the rest of the show: as usual, aircraft pretty much displayed in a chronologic aviation timeline.

Only the very start of the show is a little different with the display of a couple of Bébé Jodels, followed by a nice tribute of the French Navy with 2 Rafales and 2 Super Etendards (sadly the Hawkeye was not able to participate this year). The first tribute to the centennaire of Morane-Saulnier came in the form of a display by the Morane-Saulnier 760 Paris.

After the tribute to the Morane-Saulnier aicraft, the WWII era was due up, starting with the “attack on Pearl Alais”. Other period aircraft that were displayed were the Catalina, Grumman Avenger, P-51 Mustang, DC-3 and a whole barrage of Russian built Yak-fighters.

The Vietnam War era was also well represented in the form of a T-28 Trojan, the AD-4N Skyraider and a very spirited display of the OV-10 Bronco.

A nice variation on both days was the jet displays by the French Dassault Rafale and also by the French national display team, the Patrouille De France.

At the end of the day, it is always time to take a look at the very beginning of aviation in the form of the Blériot XI and XI2, which is always a nice sight above this historic airfield.

In conclusion: the 2011 edition of the Ferté-Alais airshow was another successful one, although some earlier announced participants unfortunately had to cancel.