On October 25th, 2015, we were honored to be invited to the Kortrijk Wevelgem airport to join in on a presentation of the Vintage Dream Factory owned and operated TF-51 Mustang Scat VII.

The good people of Vintage Dream Flights would take a "hero for a day" up in the skies for the ride of his life first in Scat VII.

When the flight was over, the dual seat Mustang would remain on the apron to give a group of invited people the opportunity to get a closer look and feel of this great piece of machinery. 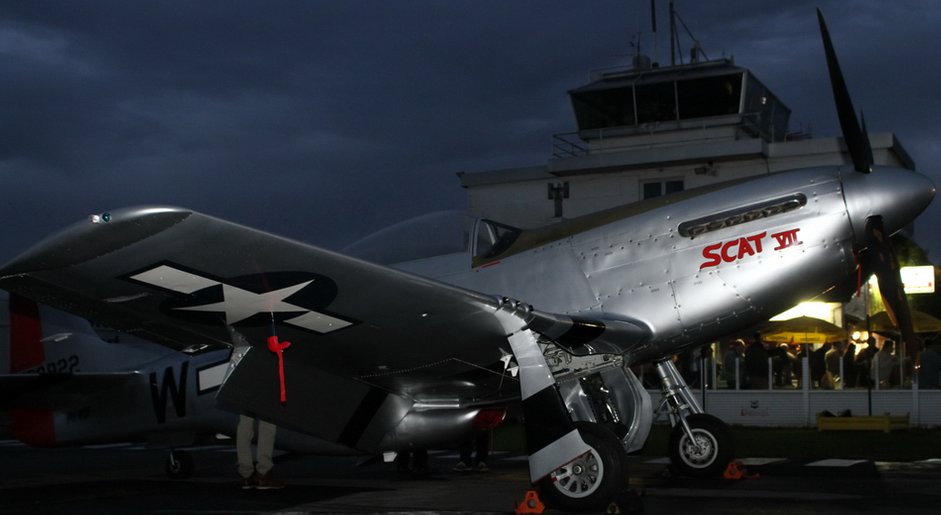 With the break of nightfall, the people were invited in at the Kortrijk Flying Club clubhouse where we would give an in depth explanation about the P-51 Mustang.

Pilot Lieven would start off with an interesting view on handling and flying a P-51 Mustang. This was followed by a history of the P-51 and its involvement in World War 2.

Then it was up to Kathleen to talk about the history and markings of the 479th Fighter Group, of which Scat VII was a part.

To end our lecture, I would speak about the life of Robin Olds, the pilot who flew Scat VII during the War.

In all, it was a great evening with great friends and aviation enthousiasts!

The gallery below also contains some images of Scat VII taken at its temporary home base at Antwerp Airport earlier that year.